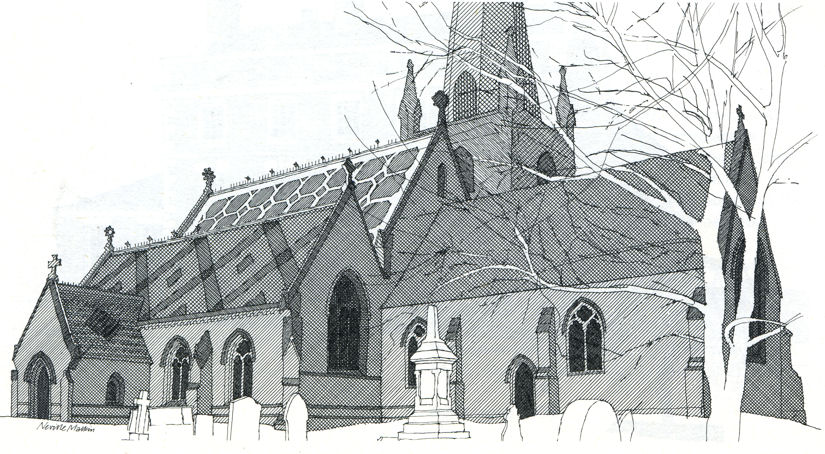 Christians have probably worshipped on this site since the 7th or 8th century, and the presence of a priest here is mentioned in the Domesday Survey of AD 1080.

After falling into disrepair, the church was substantially rebuilt in the 16th century, and again in the 19th century. Parts of an early stone church from the 10th or 11th century were still visible in 1840s, and it is said that this building replaced an even earlier structure on this site.

The church has a long history of association with local families and dignitaries, including the Syneds, the Moretons, and the Adams, and there are several noteworthy 16th and 17th century tombs and monuments to them in the church.

The tower, built on the old medieval foundations, contains a peal of eight bells, six of which date from 1714, when they were installed in Trentham church, before being moved to St Margaret’s in 1767.

For more information on the history of St Margaret’s, download our guidebook by clicking on the following link….  <<to be added>>

Quicklinks to Other Pages